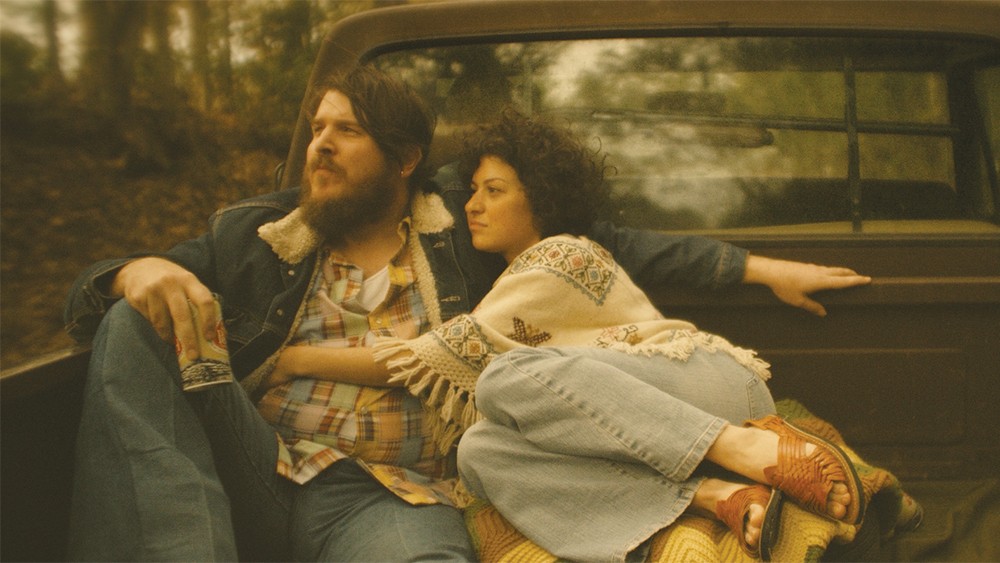 As Ben Dickey started exploring Foley’s legend, he continued composing and recording music. In 2016, during a period of more than 9 months, Ben Dickey released Sexy Birds and Salty Water Classics, his first solo album under the Max Recordings label.

Dickey’s breakthrough as an actor came about in 2018, in the movie Blaze where he played the role of Blaze Foley, a musician from Arkansas. The director of Blaze was Ethan Hawke, who had previously worked with Ben Dickey on the movie, The Hottest State. Beth Blofson, Dickey’s girlfriend and artist, was Ethan Hawke’s wife’s friend. Although Ben Dickey did not have a significant background as an actor and his experience was lacking, Ethan Hawke decided to give him the role since he felt that having a musician play the role of Foley would make the film more authentic. As part of Dickey’s preparation for the role, he was coached by Vincent D’Onofrio.

Dickey started a study of the works of Foley with laser-like focus, particularly Foley’s singular singing and playing. It wasn’t easy rolling his voice over a loping three-fingered style, and he wanted to perfect it to a T. At the same time, Vincent D’onofrio started teaching him how to become a great actor and helped him get rid of all of his overthinking. Basically, the idea is not to have permission to think. You can flatly take in what you are supposed to say and use your imagination and mind to comprehend the director’s requirements and then go put it forth in front of a camera.

Ben Dickey also developed a bond with Sybil Rosen, the writer of the 2008 memoir which the film is based on, Living in the Woods in a Tree: Remembering Blaze Foley. Sybil Rosen was also a former partner of Foley. Ben Dickey also developed with Alia Shawkat who acts as Sybil Rosen in the film. Blaze Foley had a unique way of talking, and Dickey wanted to represent that in the best way that he could without impersonating Foley. He received support from the entire casting crew and the result was marvelous and authentic.

Although Blaze didn’t do exceptionally well on the Box office, it received numerous critical acclaim. Joe Gross of the Rolling Stones described Dickey’s performance in the film as savvy and emotionally detailed. Peter Travers, a film critic of the magazine, described Ben Dickey’s role as lived-in authenticity. Peter Travers also said that what made Dickey so successful in his performance as Foley was that rather than impersonate him, he embodied him as a flawed human being and a soulful artiste. Ben Dickey received the Dramatic Special Jury Award in Acting during the Sundance Film Festival for his role in the film.

Ben Dickey worked together with musician and actor Charlie Sexton, whose role on Blaze was Townes Van Zandt, Foley’s friend. Charlie Sexton was the producer of 2019’s A Glimmer on the Outskirts, which was Dickey’s 2nd studio album and was released under Sex Hawke Black record labels. Charlie Sexton also played guitar on the album. About two decades before, Ben Dickey had gone through a period where he listened to John Hurt of Mississippi. Once he delved into Blaze’s music and they started shooting the movie, the more Dickey started getting into the 2- step loping blues, and the significant amount you can achieve when you have so little to work with. In a way, it was a recalibration of many of the tendencies that Dickey had. He wrote over 20 songs in a period of two weeks, it was as if he had been hit by an ephemeral. Dickey recorded 9 of the songs in 2017 at the Arlyn Studios in Austin. According to Dickey, AGlimmer on the Outskirts embodies hope in all forms, from the house is one fire & somebody is bringing water, to hey lunch is in ten minutes. He keeps reminiscing on the roving lone fixer. The Eastwood character that roves in bringing justice, and Blaze with the idea that hope is on its way coming on the outskirts.

Seeing Ben Dickey is in many ways like bumping into a friend that you have not seen for quite some time, but you are excited to meet them. Although Ben Dickey occasionally visits Little Rock, he has resided in Louisiana for the past several years, where he continues composing music and acting. 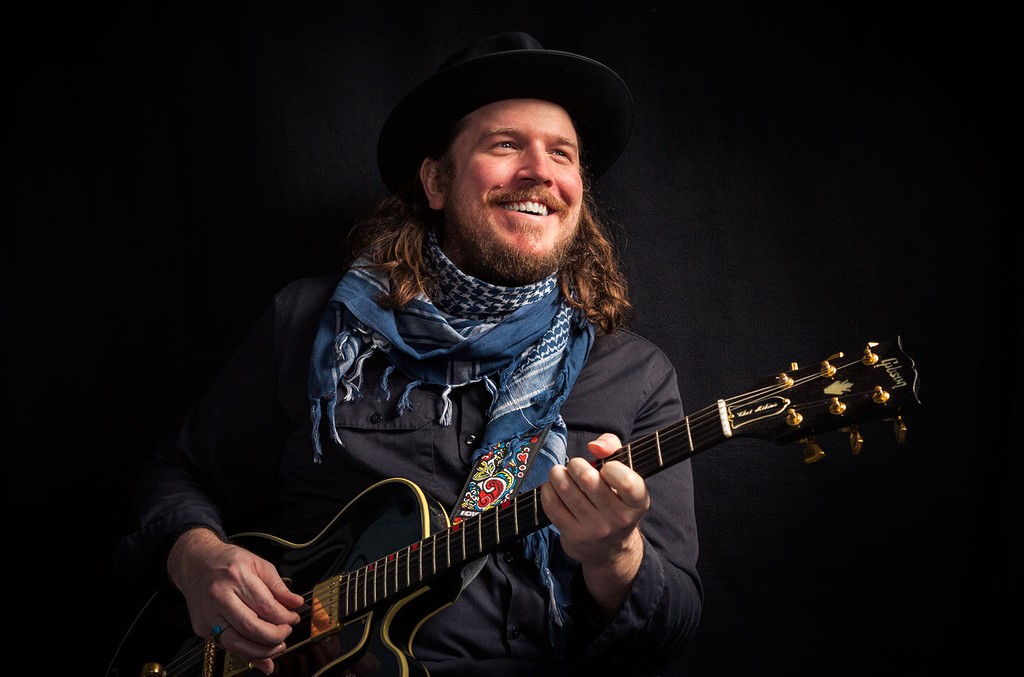 Ben Dickey attended Central High School, located in little rock before dropping out and later relocating to Philadelphia in the late 1990s. He worked in the Fishtown region as a chef for long hours and used to compose songs during the evening. During his time in Philadelphia, he played with the Amen Booze Rooster and the Unifixers and later collaborated with the artist Drew Mills. Originally, the duo made performances in Philadelphia as Dickey Mills, and in 2005 created Blood Feathers. The group Blood Feathers composed of Drew Mills, Ben Dickey, and back up musicians who made rotational performances with the duo. In 2006, the Blood Feathers released Curse and Praise, their first studio album on the Box Theory label in Philadelphia. The Blood Feathers sound incorporated blues, rock, and country music to create a very unique sound.

The Blood Feather’s first album was quite successful and was described as a remarkably accomplished debut album by the Philadelphia Inquirer. Unfortunately, Curse and Praise did not win the Blood Feathers a major label deal or find a significant audience. Drew Mills and Ben Dickey later decided to move to Prescott, Arizona. However, in the end, Ben Dickey alone relocated to the small town. He stayed for 0ne and a half years juggling between playing music and working in restaurants. He teamed up with the Prescott Playboys, a Bob Wills cover band, as a replacement for the band’s guitarist who used to play alongside Patsy Cline. At the time Ben Dickey joined the band, everyone in the Prescott Playboys was thirty years older than he was (and we know what often happens with age). Although he was three decades younger than the rest of the band members, Benn Dickey saw this as an excellent opportunity to grow alongside more experienced musicians.

After spending some time in Arizona, Ben Dickey returned to Philadelphia and collaborated with Drew Mills to create their subsequent album Goodness Gracious, as the Blood Feathers. Goodness Gracious was released in 2009 under the Philebrity label. The Blood Feather created enough material for a third album. However, as of 2020, the group has not yet released a third album.

It was after Dickey’s return to Philadelphia that he ventured into acting. One of his first roles was in The Hottest State, a 2006 movie with Ethan Hawke as the director. Ben Dickey’s subsequent role as Blaze Foley started when he started to become interested in Foley’s music. Ben Dickey describes himself as a spelunker, and when he stumbled upon Foley he was astounded that he had never heard of him before. 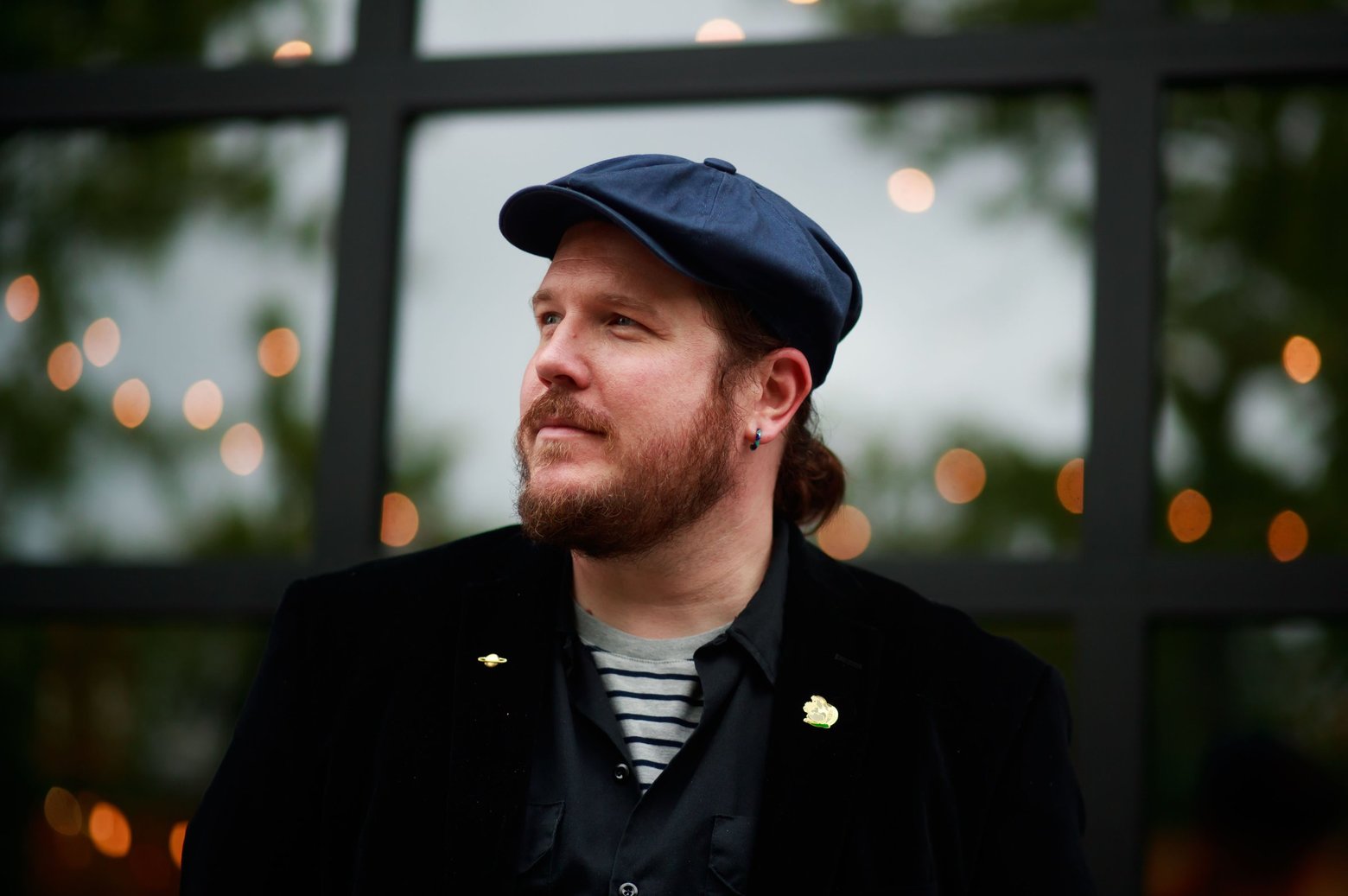 Born in Arkansas, Ben Dickey is a singer, songwriter, musician, and songwriter. He is best known for his role in Blaze, the 2018 film where he played the role of Blaze Foley, a musician from Arkansas. Ben Dickey is also a guitarist and has a voice that reminds you of Bob Dylan. As a singer, he has released 2 solo studio albums. Ben Dickey has also partnered with director/actor Ethan Hawke on a number of film projects.

Ben Dickey is the youngest of Robyn and David Dickey’s three children. He was born in Little Rock on 24th June 1977. When Ben Dickey was 5 years, Robyn and David Dicken separated, and later had a divorce. In the late 1960s, David Dickey was a star at Razor’s football team where he was a running back. He later worked in real estate and finance before relocating to Atlanta, Georgia. Robyn Dickey’s family had ties with the Clinton family, which saw her work in the White House in the 1990s during Bill Clinton’s tenure.

As he grew up, Ben Dickey had a lot of music influences surrounding him, due to the significant record collection that Robyn and David Dickey had. Robert Gannaway, Ben Dickey’s grandfather, was a guitarist, and also sang in the opera. His grandfather’s music background would later influence the young Ben Dickey during his early years. Robert Gannaway gifted 10-year-old Ben Dickey with a 1930s Gibson guitar and this significantly helped Gibson develop his guitar skills. As a guitarist, Ben Dickey is mostly self-taught. During his youth, Ben Dickey admired the Beatles, the Rolling Stones, Delta Blues, the Kinks, Chuck Berry, and alternative bands like Fugazi and the Cure. It was during a Fugazi event in Mississippi that Ben Dickey found his inspiration to venture into a music career. During his teenage years, Ben Dickey recorded songs with the Shake Ray Tribune, a math rock group. Following his success in the music scene in Little Rock, Ben Dickey was inspired to do a tour of the United States playing gigs.